EAGLE, Colo., May 14, 2019 — Step right up for our Valley’s youth at YouthPower365’s annual Star Dancing Gala. The popular event, hosted by the Vail Valley Foundation’s YouthPower365, will welcome more than 700 supporters to the largest, and perhaps most enjoyable, fundraiser of the year when the event gets under way at the Vail Valley Jet Center on Tuesday, July 16.

This year’s theme is “Step Right Up” and will features surprise performances, a circus atmosphere, and of course the phenomenal dancing of eight local celebrity dancers, paired with pros, who have been working hard all year to prepare for the event.

“We’ve got a phenomenal lineup of dancers this year from all walks of life,” said Sarah Johnson, the Vail Valley Foundation’s senior vice president of education and the arts. “Together with the circus theme, I think we are set for a spectacular evening, all dedicated to providing the afterschool and summer-school education support that is so critical to the thousands of young people we serve.”

The public can support the cause by sponsoring or attending the event, and/or by purchasing votes for the enthusiastic community members who are dancing in this year’s event. Meet the dancers and cast your vote at stardancinggala.com.

YouthPower365 provides critical programming for thousands of local youths, from Very Young Composers to COPA soccer to Girl PowHER to Dollars for Scholars to the Magic Bus to PwrHrs afterschool programming and more. The programs help improve literacy and math skills, and provide caring environments for all our valley’s young people to grow and flourish.

Each year, intrepid dancers take the stage to provide spectacular entertainment at the Star Dancing Gala – all to raise money to support YouthPower365.

Here’s a look at the celebrity dancers who will take the stage at the Star Dancing Gala this July, all of whom will be working hard to earn your “vote” online between now and then: 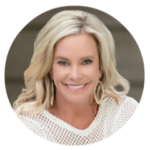 Liz Logan Sterett: Liz helps women become more confident and discover their purpose. She is a coach, in-demand speaker, and the CEO of her lifestyle brand, BeSOUL. Liz uses her infectious energy to empower women to take control of their lives and follow their passion. Her message, “Be You, Fearlessly,” resonates with people around the world. She hosts LizTV and The Badass & Beautiful Revolution. She lives in Edwards with her husband, Dr. Bill Sterett, and enjoys spending time with her two step-sons. 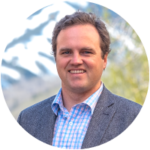 Patrick Scanlan: Having grown up in the Vail Valley, Patrick moved back after a 10-year hiatus. He attended the University of Richmond, where he met his wife, Hillary, and enjoyed an illustrious career as a third-string kicker. After college, Patrick was a Teach for America Corp member and taught fifth grade in Harlingen, Texas. He’s now a Group Mentor for YouthPower365’s PwrOn Group Mentoring program. Patrick is also the Director of Sales at Fortius Capital and has dedicated himself to the firm’s goal of providing attainable homes to the people of the Vail Valley. 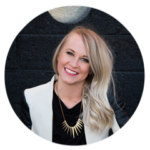 Victoria Jones: Born and raised in Littleton, Colo., Victoria long dreamed of calling the mountains home. She made that dream a reality in 2013 when she moved to the Vail Valley. With over a decade of experience as an interior design professional, Victoria started her own business, Studio James, in late 2017. She focuses on high-end residential design. A true tom-boy at heart, you’ll find Victoria snowboarding, bowling, playing golf or softball. Often, her beloved French bulldog, Penelope, is by her side. 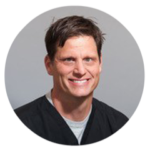 Charlie Meynier: After growing up in Thibodeaux, Louisiana, Charlie attended Louisiana State University and LSU’s School of Veterinary Medicine. At the same time, he joined the United States Army and embarked on a 13-year career as an engineer and eight years as an intelligence officer for the engineer battalion. Following vet school, Charlie completed an equine orthopedic surgery internship outside of Austin, Texas and started a career as a race track veterinarian based in New Orleans. He met his wife, Atlanta, in Austin, Texas. They purchased the Eagle-Vail Animal Hospital in 2007 and have grown their family and practice to include three children, Jeep, Berkeley and Price, as well as a menagerie of pets and two practices with an emergency clinic. 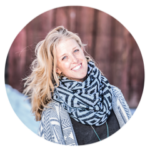 Rachel Nelson: Born and raised in Vail, Colorado, Rachel Nelson traveled around the world as a professional snowboarder. Emanating boundless energy, positivity and compassion, Rachel has practiced yoga since the mid-’90s and taught yoga since 2005. She is a 1,200-hour Tier 3 certified Baptiste Power Vinyasa Yoga teacher and former faculty member. Her yoga classes are powerful, playful, challenging and leave attendees with a greater sense of purpose and authenticity. She has presented at Yoga Journal Live, Wanderlust, Telluride Yoga Fest and many other large events. During her free time, she enjoys playing outdoors, including hiking, camping, gardening or snowboarding with her husband, Jay, their son, Odin, and their two dogs. 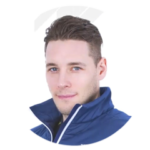 Mike Testwuide: Growing up in Eagle County, Mike fell in love with both skiing and hockey but ultimately pursued hockey. He attended boarding school in Lake Placid, New York and then junior hockey in Waterloo, Iowa. Mike fulfilled his childhood dream of playing for the Colorado College Tigers, where he was the captain. After college, he played professionally in South Korea where he was given Korean citizenship after an MVP season. He represented South Korea at the 2018 Olympics. He continues to play professionally in Korea and spends his off-seasons in Vail. 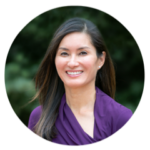 Jean Liu Urquhart: Born in Virginia to Taiwanese immigrants who came to the United States to attend graduate school, Dr. Jean Urquhart moved all around the country for her father’s work. After growing up in the San Francisco Bay area and in San Antonio, Texas, Dr. Urquhart studied history at Yale. She credits working at the National Institutes of Health with inspiring her to become a doctor. Dr. Urquhart met her husband, Alec, while attending medical school in Dallas. The couple moved to Denver for their medical training and quickly fell in love with Colorado. They’ve spent the last 12 years in the Vail Valley raising their two daughters. Dr. Urquhart runs her own dermatology practice, Mountain Dermatology Specialists. In her free time, she enjoys spending time playing outdoors, connecting with friends, cooking and traveling. 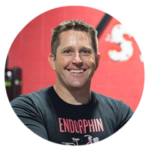 Chris Lindley: Currently the director of Public Health and Environment for Eagle County, Chris focuses on keeping everyone in Eagle County healthy, and most importantly, its youth. Before his current role, Chris worked as a firefighter for Denver Fire and served as a member of the special operations water rescue team. From more than a decade, he led Colorado’s Public Health Emergency Preparedness Division, followed by the state’s obesity and prevention efforts as the Director of Prevention Services Division at the Colorado Department of Public Health and Environment. Along with being a decorated combat veteran — he received a Bronze Star while leading troops in Iraq — Chris holds a Master’s Degree in Epidemiology and a Masters in Business Administration.

With the theme “Step Right Up,” the Star Dancing Gala celebrates and supports the successful public-private partnership between all of Eagle County’s schools and YouthPower365, which provides extended learning opportunities for more than 3,000 young people.

This year’s circus-themed event will begin with cocktails and hors-d’oeuvres. Attendees will enjoy a five-star dinner and entertainment from the celebrity dancers and notable local professional dancers. After the main event, attendees can dance the night away with DJ Carve.

This spring, the dancers will be hard at work rehearsing and raising money to help support YouthPower365’s mission: “To provide extended learning year-round that inspires, educates and empowers the youth and families of Eagle County from cradle to career-readiness.” Help support their endeavor by voting for your favorite dancer today at www.stardancinggala.com and don’t forget to purchase your ticket for the lauded July 16 event.

Back to the Newsroom